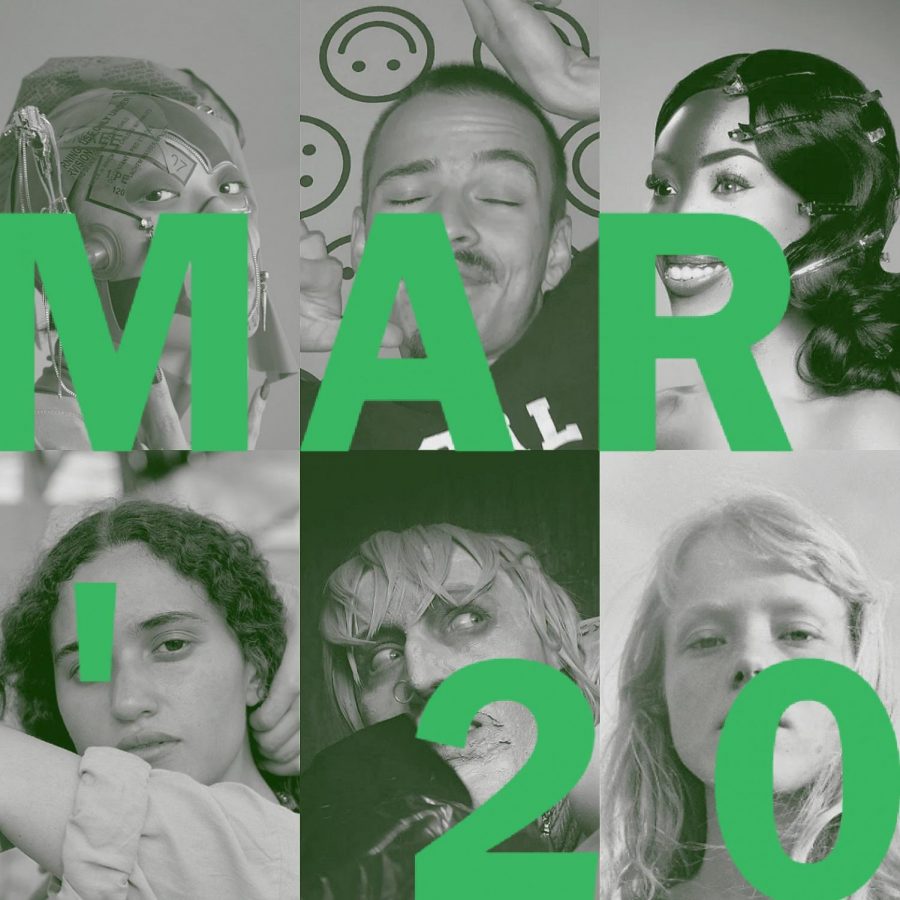 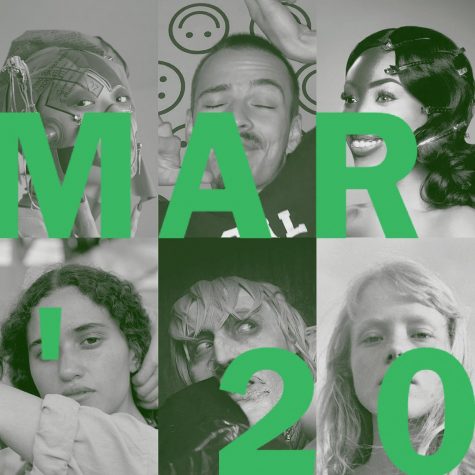 When the world seems to collapse in on itself, it may be hard to find the silver lining. It seems as if everything is being taken away from us piece by piece, but if you look closely, things are still being given. There are ways to get through this, and music is largely one of them. Stuck inside with limited means of entertainment, new songs being released by our favorite artists mean more now than they ever have before. Now, in this difficult and dark time, here are ten tracks to make your March just a little bit brighter.

Themes of materialism rise to the top on London singer Rina Sawayama’s new song ‘XS’, an equally smart and explosive call-out against the opulence we see celebrities flex on a daily basis. Over heavy guitar riffs and a jangling, early-2000s-inspired beat, Sawayama name-drops Cartier jewelry, Tesla vehicles and the whole town of Calabasas, insisting that she deserves it all. With a banger this tongue-in-cheek and addictive, it is hard to deny her.

The Lemon Twigs, ‘The One’

Love is often difficult, and on Long Island band The Lemon Twigs’ new song ‘The One’, things do not come easy peasy. Fuzzy guitar riffs and baroque-pop harmonies cascade by as members Brian and Michael D’Addario sing about the difference between a giving lover and the closed-off, self-sabotaging one they actually pursue. It is a tried-and-true but ultimately successful theme, and with its vintage sonics and ear-catching melody, ‘The One’ is definitely worth falling for.

Riding in on a guitar riff that sounds plucked straight out of an 80’s video game, London artist Bree Runway’s track ‘APES***’ demolishes the competition with its glitzy, retro-tinged sound. Runway flexes and declares her dominance during the braggadocious verses before heading into an ascending chorus, with manipulated vocals reaching higher and higher into the neon-lit sky. It sounds like the boss music for the best villain you could possibly imagine, but on ‘APES***’, Runway’s efforts can only be called heroic.

Empress Of, ‘Give Me Another Chance’

Glossy and packed with funk to its core, New York singer-songwriter Empress Of’s track ‘Give Me Another Chance’ brushes by like a balmy island breeze during a pink-and-orange sunset. Romantic woes and love triangles unfold over shiny synths before dropping away into a club-ready backbeat for the cleverly reserved chorus. The end comes too soon, but with a song so instantly replayable, you will have no trouble giving Empress Of a third, fourth or even twentieth chance.

What happens when you stir together drum-and-bass, hardcore influences and experimental electronic production? You get the excellent, pulse-pounding track that is California duo The Garden’s ‘Sneaky Devil’, a gutter-dirty anti-establishment banger. Brothers Wyatt and Fletcher Shears scream, chant and list off all of the things they are sick of over a rattling back-beat before slipping into an oddly catchy chorus, making ‘Sneaky Devil’ an equally freakazoid and captivating listen.

Shooting forward like a ray of neon light, Atlanta singer Bickle’s first official single ‘Naked’ is a one-man dance party sure to shake the dust off of your rattling windowsills. 8-bit synths, twinkling xylophone notes and a club-ready beat pound away as Bickle sings about music’s powerful effect on us in our darkest hour, saying that even if you are having a horrible day, you will still sing along to your favorite song like no one is watching. The same could be said about ‘Naked’, a pick-me-up sure to have you dancing no matter your current mood.

Dream pop sonics and a peppy pace meet up to cast a spell on the listener for South African singer-songwriter Alice Phoebe Lou’s ‘Witches’, an enchanting track that seemingly floats above the ground, light as a feather. Lou sings about levitation and moonlit eyes over sugary synths and a peppy drum beat, then bursts into the chorus with an admission of her special powers. All-in-all, ‘Witches’ is lively, comforting and, ultimately, magical.

Indie heavyweights Bright Eyes reunite after an almost decade-long hiatus with ‘Persona Non Grata’, a slam-dunk of a track that blends the typically arresting imagery of their tracks with teardrop-soaked piano notes and powerful, bagpipe-led interludes. Frontman Conor Oberst bounces around scattered allusions to the Bible, New York’s West Village, Halloween and Tiananmen Square, somehow weaving them all into a fuzzy, gorgeous tapestry that hits like a semi truck. In the end, it was definitely worth the wait.

Spring is a thing of the past on Washington singer-songwriter Goth Babe (aka Griff Washburn)’s track ‘End Summer’, a shimmering, idyllic soundscape that audibly overflows with greenery and sunshine. Washburn’s comforting vocals blend into the euphoric mix of acoustic guitar strums and shining synths like a chameleon does with the jungle’s foliage, putting the listener into an almost trance-like state with its wonderfully cyclical tone. If the next season is as excellent as ‘End Summer’ sounds, we have great things ahead.

(All sources from featured artists’ Genius and Spotify pages)