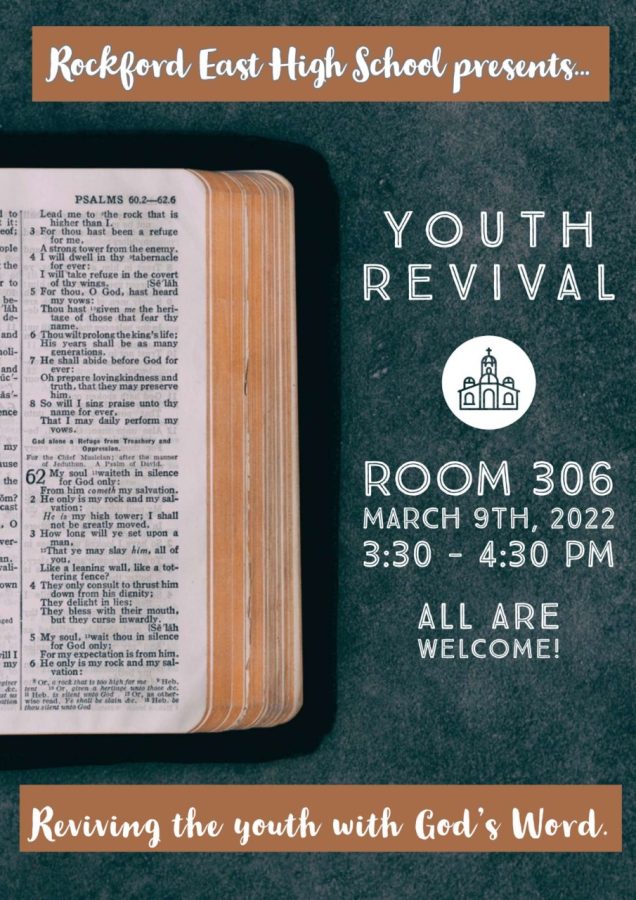 A new club has arrived at East High School, but this new club may have garnered some controversial opinions.

The club is named “Youth Revival” and is advertised as a Bible study for students to attend and learn more about God. Senior Marilu Soto started the club to allow others to share in her experience with Christianity. Soto credits God with being the inspiration to start this club.

I attended the second ever meeting of Youth Revival as a third party viewer. I didn’t partake in the discussions, but observed the conversations that students led.

“I felt called by God to start this group,” Soto said.

The adviser for the club is freshman English teacher Joleena Ashby, who is very hopeful about what the club will do to East.

“I think that any club that allows a group of students to come together and have a connection once a week is going to have a positive impact, and there is something very special about religion that allows individuals to connect,” said Ashby.

At the second meeting of Youth Revival, the students did an activity to learn more about each other. The students would share pictures from their camera rolls and then switch seats to talk to more students.

After this activity, Soto handed out a Bible verse to everyone that dealt with the topic they announced at the beginning of the meeting. Students were encouraged to share their thoughts of what the text means to their day-to-day life.

The discussion of religion stayed exclusively between the students, and participants say it was an overall positive conversation. The group was incredibly welcoming to each other’s ideas and never dismissed a student if they disagreed with them.

One concern about the club being held at school is the mixing of church and state. It would be illegal if, as a teacher, Ashby pushed her religion onto the students, but all of these worries were squashed pretty quickly. Ashby would only talk when there was silence in the conversation, and when she did talk, it was like an English teacher facilitating her class in a discussion over a book.

The club concluded with a video about theology from a pastor, to give a more professional outlook on the topic and a worship song to raise the students spirits.

Youth Revival will be Soto’s legacy; she will be passing the torch to current Junior Pam Key. The current senior has set the club up for success and will exist long after she has graduated.

Both Soto and Ashby wanted it to be very clear that the club was welcoming to everyone, including non-Christians.

“Just come, and don’t feel like you don’t belong, because at the end of the day you are beautiful in God’s eyes,” Soto said.